To vote for this entrant, click the button below. You only get one vote, so choose wisely.

Raw goat fleece, and potato sack for the cape.
Thrip screen fabric for the shirt.
Shadecloth, and sack for the skirt.
Brown rope, shadecloth, dried oranges, dried flowers, and chain for the details.
Goat skull as an added prop.

Elouyra has designed a three-piece outfit inspired by raw goat fleece. The main feature of the outfit, the cape, is made from potato sacks with the fleece being used as a border across the bottom hem and shoulders. The fleece is evenly glued to the cape with it dipping slightly longer towards the middle back of the shoulders. Majority of the outfit is handsewn except for the thrip cloth shirt. The bottom of the outfit is a skirt made from four panels of shade-cloth and one panel of potato sack at the front of the design. The outfit Elouyra has added many embellished details including a sash across the chest made from shade-cloth. Self-dried flowers and dehydrated oranges are attached to the shoulder of the cape and a belt made of rope is around the waist. As an added feature a goat’s skull, decorated with flowers , was used to match the overall theme of the goat fleece. 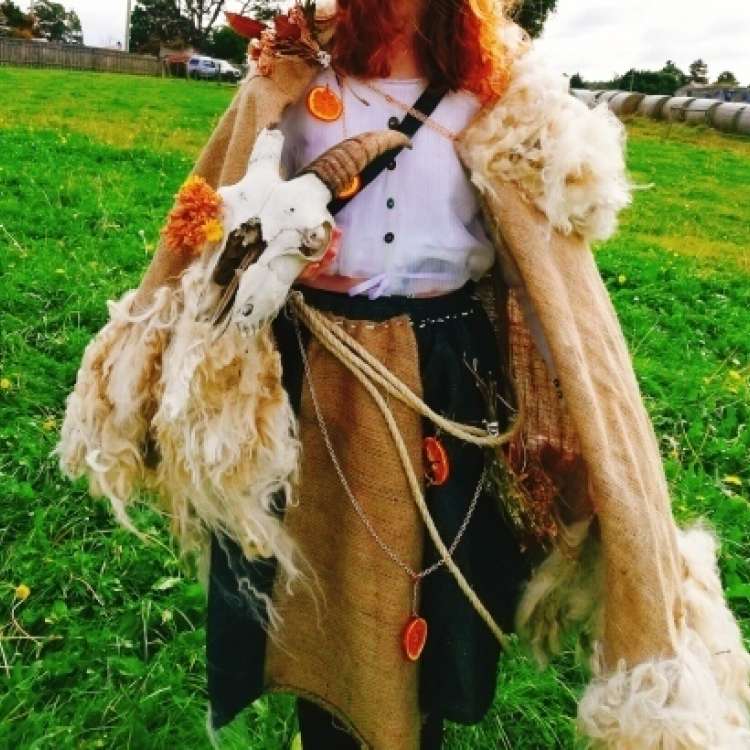 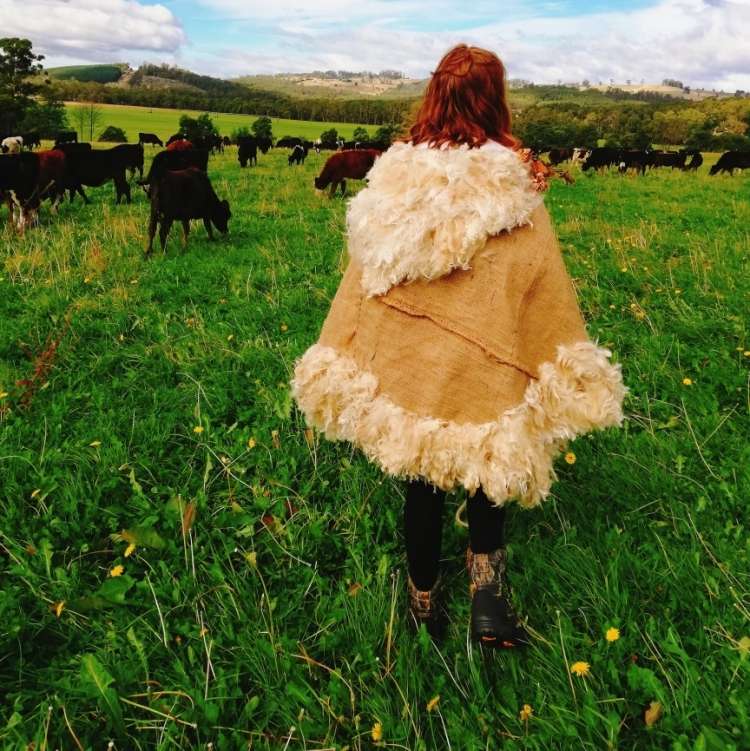 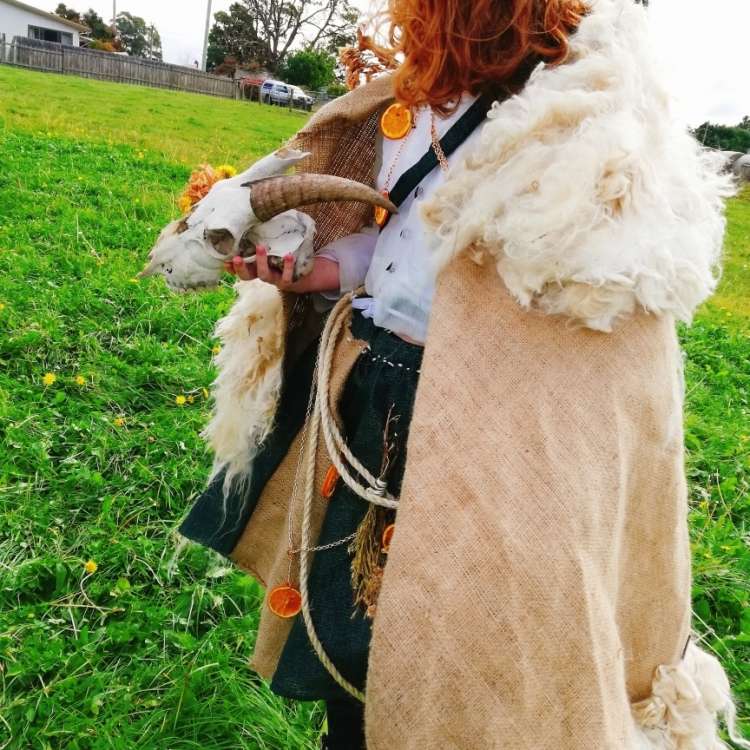 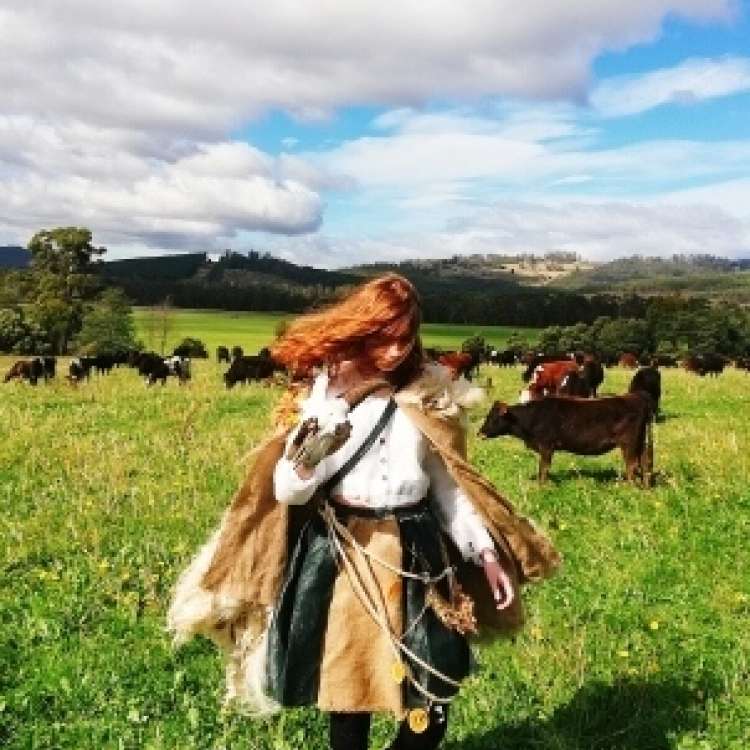 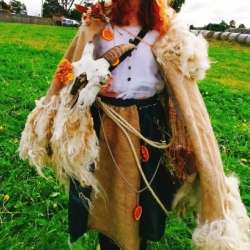 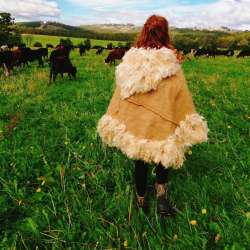 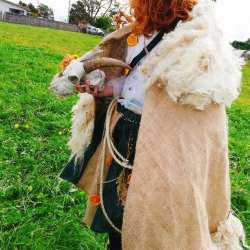 To vote for this entrant, click the button below. You only get one vote, so choose wisely.