the best keg in quercus

Kombi Keg couple and business owners Jane and Bradley were taken by surprise after returning to find they missed their own award presentation.

“I had gone walking around, gone to get her [Jane’s] sunglasses and some tempura mushrooms, and I’ve come back and all the other guys from next door said, ‘You missed out!’ I said what for? And they said, ‘You’ve won an award!’” Said Bradley.

The winners of the Best Quercus Taste took over the Launceston Kombi Keg business in December and have re-branded the image.

“This used to be Kombi Keg Launceston, so we took over and rebranded it to be Northern Tasmania. We added to our logo a Tassie devil drinking a beer with the Spirit of Tasmania in the background. Very Tasmanian focus,” Jane said.

The award became the second in a week after Kombi Keg took out the Bride’s Choice award two nights earlier. For the new owners this means they will be able to continue successfully spreading the new name and brand.

Co-owner Jane said she didn’t see the win coming but loved-up husband Bradley thought he could have spotted it.

“My wife has put in so much work, in the end its not actually that surprising. She’s non-stop,” Bradley said. 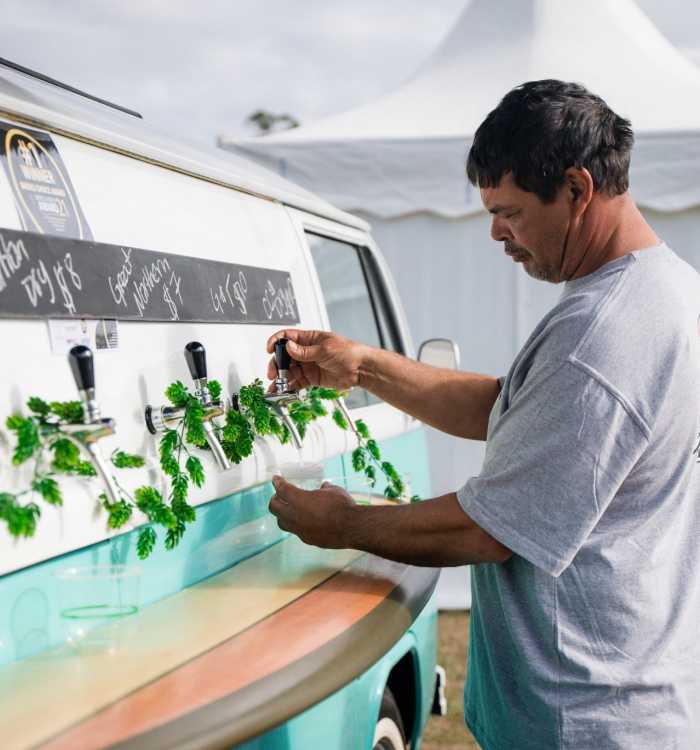 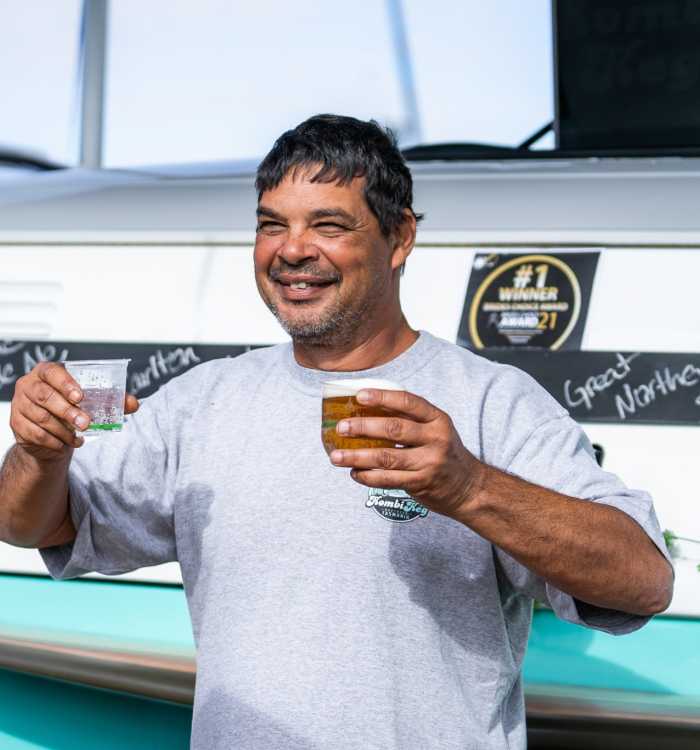 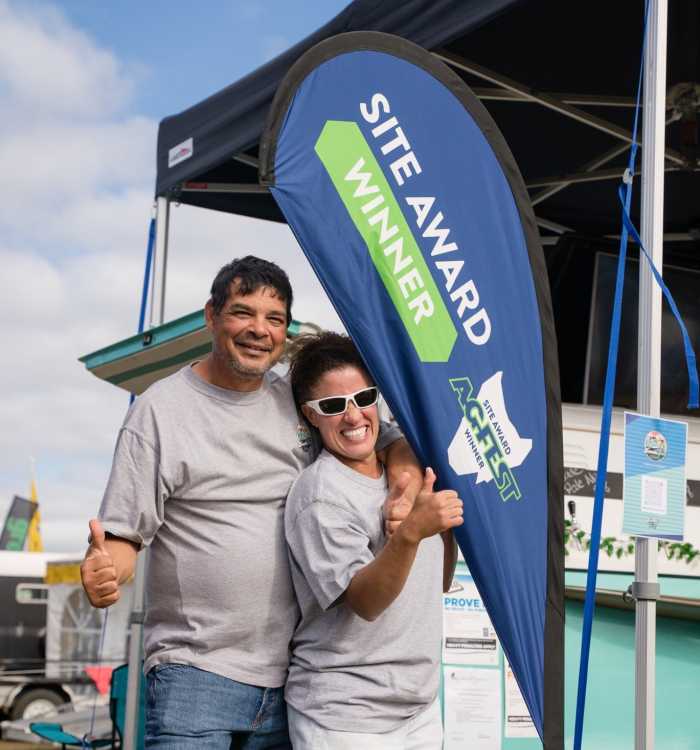